Leading with an Irish icon

“We have Tipperary Water, which is part of the Bulmers Ireland family, and our wine business, which will now be Bibendum Ireland, and is one of the trading entities of Bulmers Ireland. Bulmers is one of Ireland’s most iconic brands, so it made sense to utilise the strength of the name and put all of those elements under one umbrella, namely Bulmers Ireland. Our customers are clear about our proposition, and about the value and choice that we bring to the market. The new name tells our customers who we are - that we are a branded wholesale business, and that Bulmers is our lead brand.”

Last year, the company added new suppliers and products to the Irish market following its parent group C&C's acquisition of Matthew Clark and Bibendum in the UK. “When we bought the Bibendum wine business in the UK, we made the decision to transition from Gilbeys to Gilbeys with Bibendum.

Although the Gilbeys name had equity here and was a well-known entity, we only had the name under licence. It was always our intention to eventually transition to Bibendum Ireland, utilising one of the best known names in the wine business in the UK.

We are really excited about the changes, because they reflect our ambition for the wine business to grow and flourish over the coming years.

“This has been a massive positive for the company at a time of unprecedented and unexpected change in the drinks industry worldwide as a result of the coronavirus pandemic,” says Millar.

Of course, Bulmers Ireland is all too familiar with BBG’s beer brand portfolio.

They have been distributing Stella Artois, Becks, Leffe, and Hoegaarden since 2009, and the Corona brand since 2015.

However, they are now distributing BBG’s jewel in the crown, their big global brand, Budweiser, which also happens to be the biggest beer brand in the world by value. Budweiser has, for many years, been a huge player in the Irish market and is still a well loved and respected brand.

A press release issued in July, at the time of the announcement, said that the planned marketing budget for the brand would be 'a multiple of recent spend and the partnership will see the launch of a new visual identity for Budweiser.'

“In terms of marketing, we had plans in place in January and February that would have involved a re-launch with a considerable spend above the line, but since the beginning of March that has been put on hold,” says Millar.

“Traditionally, you look at building brands through the on-trade, but with those outlets in lockdown it made no sense to go above the line because there was nowhere for those consumers to engage with the brand.”

The plan now is to re-launch in March 2021, with a big above the line campaign. “The new global brand imagery and packaging was launched to the off-trade on 1 July,” he says.

“The idea was to align more closely with the global look and to give us something new and fresh for the consumer. Also, by the beginning of October, the Budweiser packaging will be plastic-free across all formats, and we have also introduced a new twist off cap for the bottle. Later this year, we will introduce a new ‘Cadillac’ bottle for the brand.

All of these innovations are running to the timelines that we had established at the start of the year. One of the things that we intend to leverage from a marketing perspective is the association of the brand with the English Premier League.

The EPL packaging will be in the off-trade with on-pack activation from the start of October.”

Like so many other drinks businesses, the Covid-19 public health emergency has had a major impact on the company’s staffing levels, distribution strategy, and product range in Ireland.

“The biggest impact has been on our people,” says Millar. “From the beginning of March we had to put 95% of our on-trade associated staff on furlough, which obviously had a major impact on them, and also on our staff in the off-trade side of the business, where we have been busier than we have ever been.

However, following recent announcements, those people who work in the on-trade are still impacted by uncertainty as it is still not clear when wet pubs will re-open…we now await the governments next steps.

“From a take home perspective, with multiple customers, we very quickly offered options to have delivery direct to stores rather than via central warehouses. This had the benefit of taking pressure off their warehousing and central supply chains. In addition, it became apparent that a lot of manufacturers were not going to be able to meet the short term supply with their current ways of working, so we took some products out of production and we cut the assortment for key products. For example, for Bulmers, we focused on three or four SKUs rather than the larger range that we would normally have, to create efficiencies in manufacturing. It was about maintaining brand availability rather than maintaining SKU availability. We wanted to maximise the amount of cider that we physically put down the production line, so by running one or two SKUs per day we maximised the amount of product that we got out to stores.”

Has the requirement for social distancing and increased hygiene measures made it more challenging to execute effective POS promotions in-store?

“It has been more challenging for all brands, so it has been all about focusing on two or three SKUs that you maintain on display, to ensure that the consumer finds the product they want more quickly, making it easier for them to shop efficiently,” says Millar.

The company has been playing its part in supporting its customers in the hard-hit on-trade side of the business. In June, they established C&C Hygiene, which offers publicans support by supplying physical materials, including hand sanitisers, dispensers, and divider screens, to ensure that licensed premises are operating in a safe environment.

“This support has been very well received,” says Millar.

“Another initiative that we have created alongside our colleagues in the UK is a new online ordering platform which came into effect in mid-August. We will be trialling the online ordering platform with selected customers in the off-trade in Ireland over the coming months. We are already in discussions with a number of customers, and we will tailor the product list online to suit individual customers’ requirements. We have also launched a new consumer app called Local, which is an efficient and easy route for hospitality businesses to connect with consumers, facilitating delivery, click and collect, and order to table transactions.”

When I interviewed Duncan last year, he identified premium, artisanal and non-alcoholic as the major trends in the alcoholic drinks market. Has Covid-19 changed consumer’s priorities?

“I think there has been a degree of premiumisation because the consumer has been willing to spend more in take home and that is because they aren’t spending as much in the on-trade,” he says. In effect, consumers have been ‘treating themselves’. The overall non-alcoholic business is taking less share during these times because pubs are closed, so the non-alcoholic part of the pub offer isn’t happening. Also, if people are drinking at home and don’t have to go to work the next morning, they are not as focused on drinking non-alcoholic beers as they would have been prior to the coronavirus pandemic."

Are we likely to see Bulmers Ireland capitalising on these consumer trends by rolling out new Budweiser product ranges or variants over the coming months?

“The key objective for Bulmers Ireland and for BBG is that we bed down the Budweiser brand in our portfolio over the coming months,” says Millar.

“But their global brand assets and portfolio is open to us so, as we go into 2021, the trade and the consumer will see range extensions and exciting new products coming to the market.” 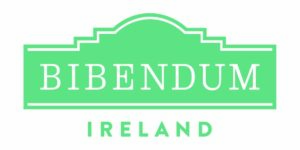 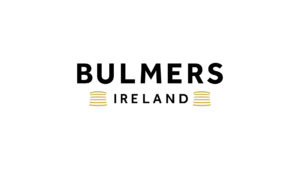 Amazon To Create 10,000 Jobs In Britain This Year

What To Ask When Choosing A Packaging Partner

Plant Trees In Africa To Offset Your Carbon Footprint