Retail sales volumes decreased by 0.6% in the month of January, as the volume of car sales slowed, while annual figures showed an increase of 1.3%, according to the Central Statistics Office. 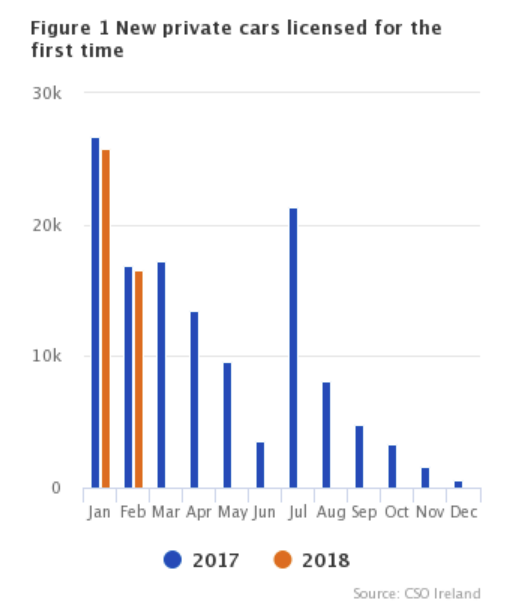 Excluding motor trades, there was a retail value increase of 0.8% in the month and a 3.2% increase in the annual figure. 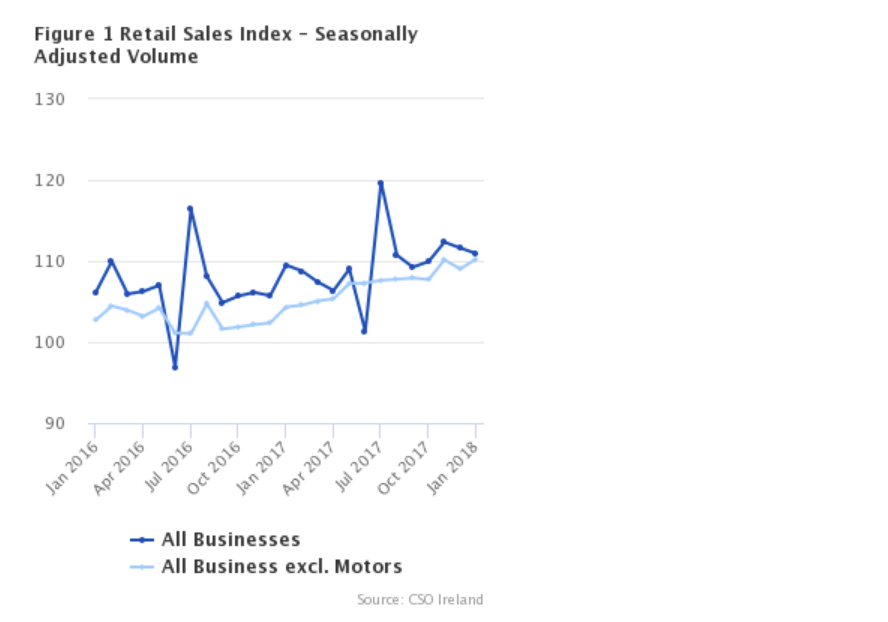 The sectors other retail and pharmaceuticals, medical & cosmetic articles saw the largest month on month volume increases, at 1.84% and 8.1%, respectively.